Rip is the man hidden behind the curtain of Rip' Guide. But he's no wizard, just a dude who loves to read the classics and maintain this site. He hopes to soon publish two American novels. One is entitled American Faust, which was by far the most ambitious to write. It's an epic all-American tale that starts with a dialogue between God and the Devil and reads very much like a Haruki Murakami novel with its magical realism. For those with a literary sixth sense, it's also an enjoyable wonderland of literary allusions to the top 100 novels of the 20th century. Click on the YouTube Link to read a sample of Rip's writing which won a prize, and give it a "Like". 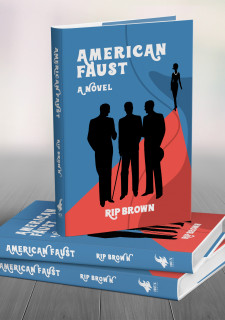